Prevent the Risk of Having an Underinsured Policy With These Steps

Prevent the Risk of Having an Underinsured Policy With These Steps

Nationwide has estimated nearly two-thirds of homes in the United States are underinsured. The insurance and financial services company reported that the average underinsurance amount is 22% but that properties could be underinsured for as much as 60% or more. It’s important insurance personnel, particularly those making decisions on new and renewing policies in the carrier’s book of business, do what they can to prevent this from happening as an underinsured policy could have consequences for both the insured and the carrier. 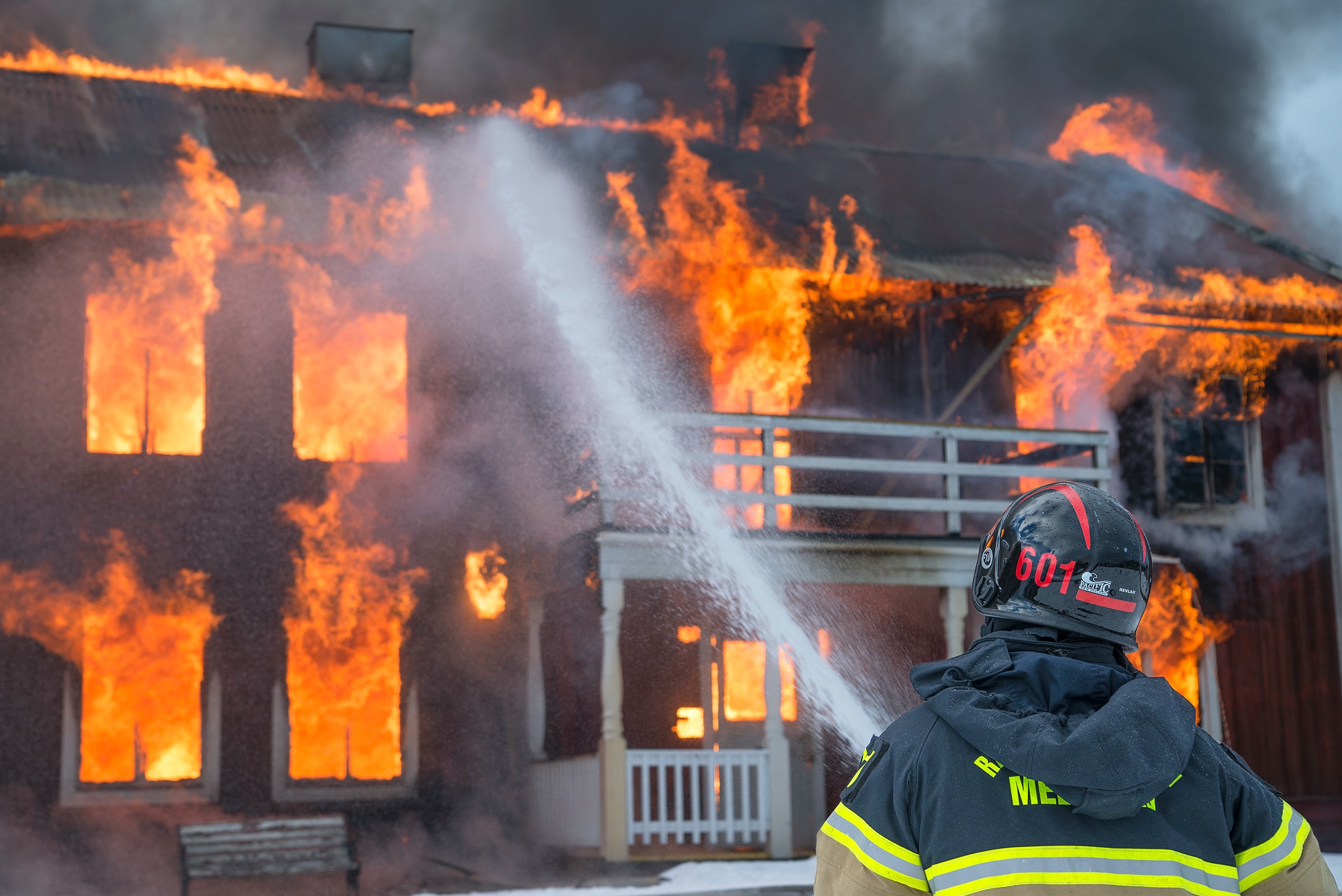 Having a property that’s underinsured may not sound like a big deal until major damage occurs. Photo Credit: “Fighting Fire” by Daniel Tausis/ CC BY 4.0

The Problem with Being Underinsured

An underinsured policy may seem like an advantage or irrelevant at first. For policyholders, premiums may be lower, which means less money coming out of pocket before a peril occurs. If a claim is filed within the coverage allowance or if no claim is ever filed, an underinsured policy could go unnoticed.

The problems may arise if the property sustains damage that would cost more than the policy affords to return it to pre-loss condition. In this situation, the policyholders might have to pay the difference with their own money – even if they can’t afford the unexpected expense. This also affects the insurance carrier and could force staff to make difficult decisions. Carriers aren’t required to settle for any more than the policy was written for, or they could decide to pay for the full amount.

The negative impacts to a carrier could go further.

Other potential responses to being underinsured for a large peril, according to the nonprofit, are consulting an attorney, getting the Department of Insurance involved, and lastly, considering filing a lawsuit, which likely costs the policyholder and the carrier time and money regardless of its conclusion.

Prevent it Before a Claim is Filed 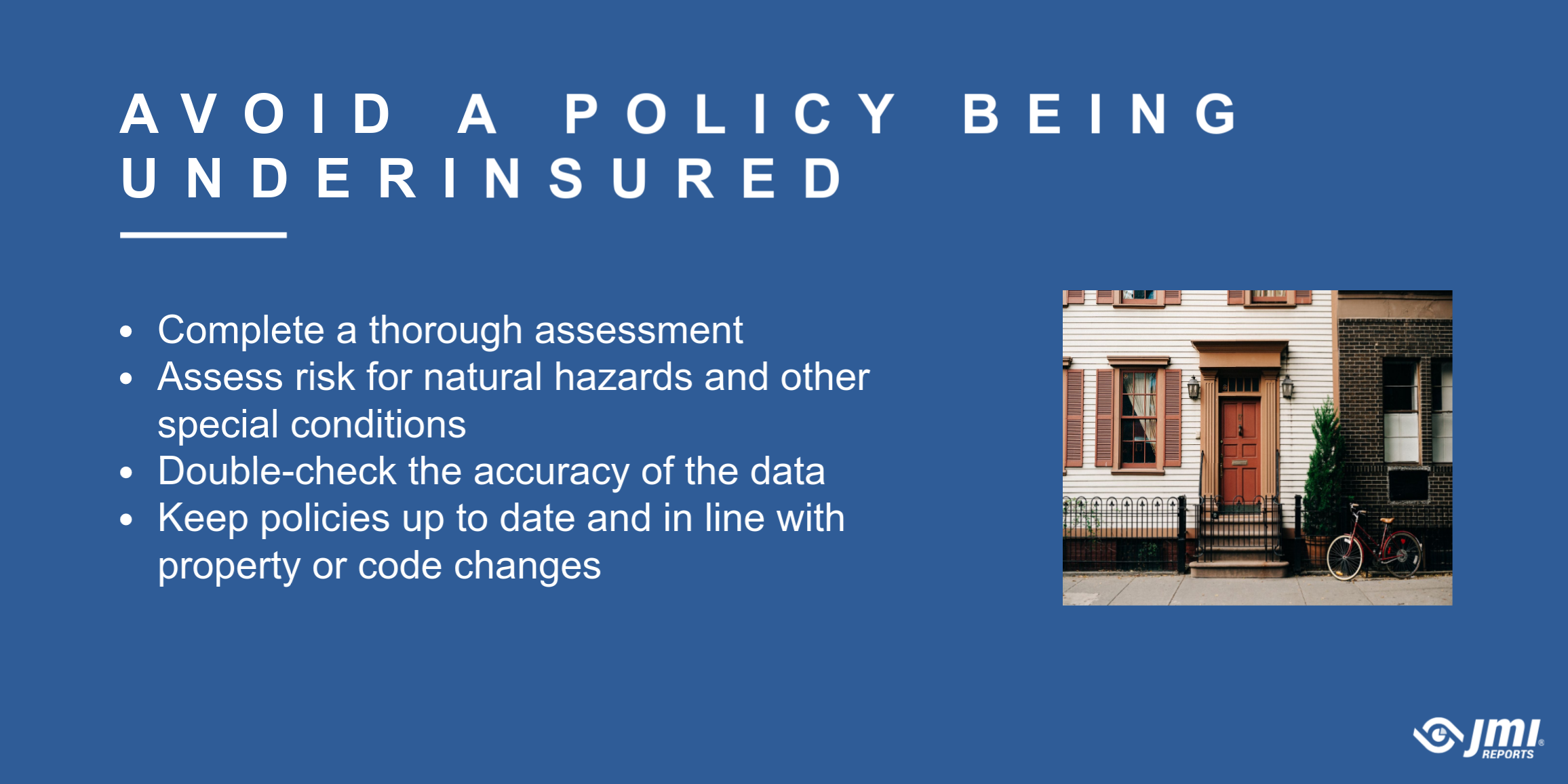 An underinsured policy likely won’t wind up in a courtroom, but it’s unnecessary to take that risk if steps can be taken to have more adequate coverage amounts.

It’s important before accepting a policy or renewing one that the insurance carrier perform a thorough assessment that includes a comprehensive amount of data to make the most informed and accurate decision regarding coverage. It should be enough to handle repairs or replacement costs.

Natural hazards and other special conditions that could be left out of risk assessments should be considered in all types of insurance. According to a 2019 report by Swiss Re Institute, underinsurance following catastrophic events was due to lack of consumer risk awareness and poor understanding of catastrophe insurance. “The accumulated insured losses from natural catastrophes in 2017 and 2018 were USD 219 billion. The combined protection gap for the two years, meanwhile, was USD 280 billion, indicating widespread underinsurance,” the report states, adding that underinsurance of catastrophe risk is a global problem.

Underwriters should also ensure errors are avoided. Incorrect square footage, wrong property details, or omissions all could affect the outcome and could lead to an underinsured policy.

To really ensure policies remain up to date while they are in force, policyholders and carriers should have an open line of communication. If a policyholder completes any remodels or changes to the property, those could impact coverage needs. Increases in local construction costs or changes in codes and ordinances that affect rebuilding a structure could also impact replacement costs down the line. 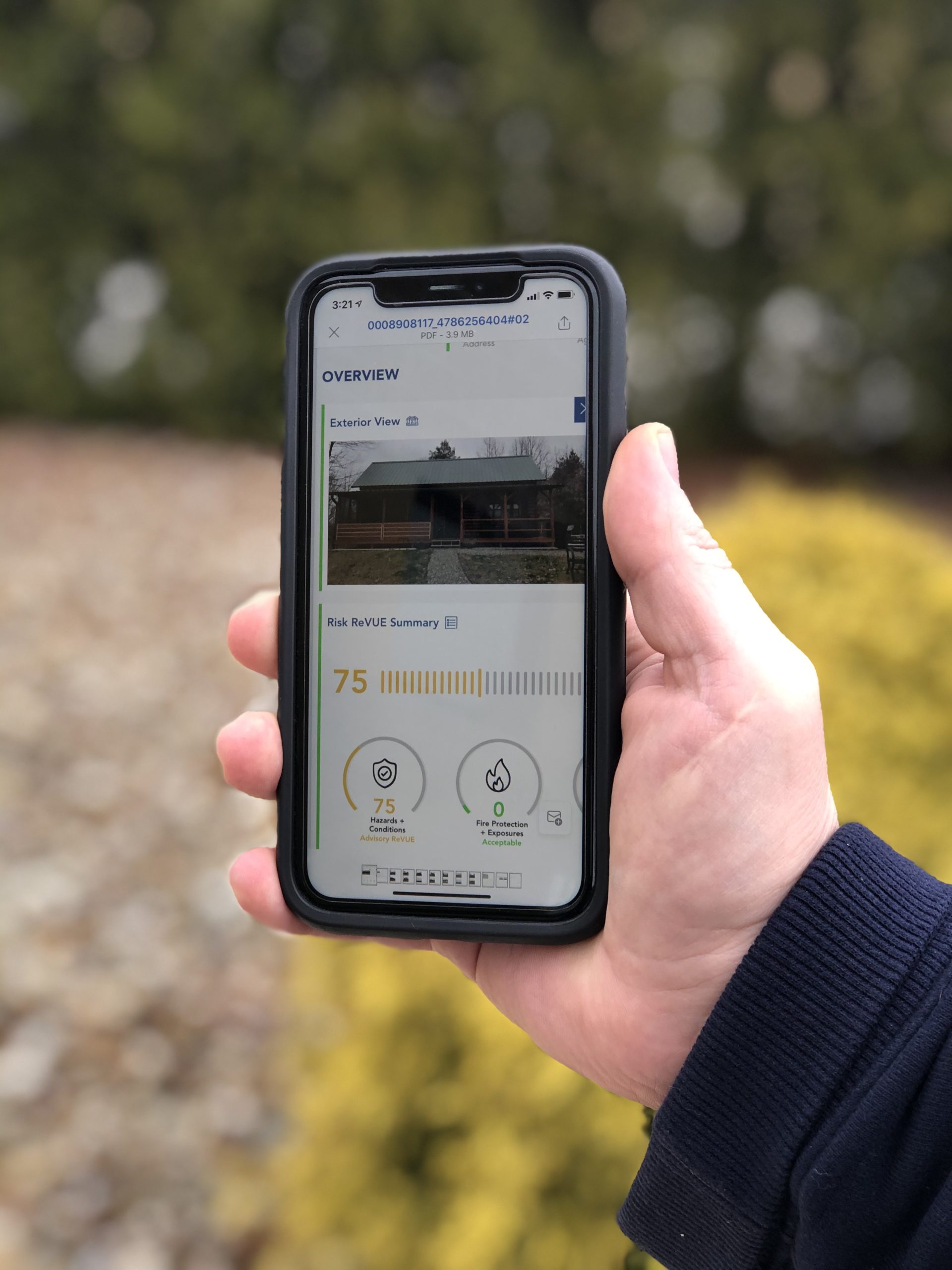 JMI Reports uses innovated technology to score properties for risks and to document all characteristics that could affect replacement value.

One of the biggest keys to making sure a policy is insured for the most accurate amount is to know as much about the policy, property, and its risks from the beginning.

JMI Reports can help by providing comprehensive risk assessments. Experience and knowledge, combined with innovative technology, help underwriters uncover risks in properties and provide solutions that can help. Assessments can be customized based on the underwriters’ needs and scope of inspection.

Find out more information about what data should be considered when completing risk assessments to reduce the likelihood of an underinsured policy or learn more about JMI Reports services now.

« Back to All Posts